International Women's Day has become a date to celebrate how far women have come in society, in politics and in business, while continuing to raise awareness of continued inequality. Get inspired by stories of 4 women who pursue a successful career in France.

About me
I began my career at Les Collectionneurs before joining AccorHotels group, where I worked for almost eight years in various management positions. I then worked as Sales Director for Maison Options, the European leader in tableware and ephemeral decoration, before beginning my Booking.com adventure in February last year as Regional Manager for France. Today my role at Booking.com is to lead our local Partner Services teams that service, support and grow business for our many property partners across France.

Working together with Netherlands Business Council France
Booking.com became a member of the Netherlands Business Council France at the beginning of the year. As a Dutch company, we’re honoured to be part of the association and to play a role in representing Dutch businesses in France. Being part of the NLBC community means we can learn from one another and exchange experiences, facilitating further growth. Although we’re an established company today, we began life as a small start-up and that mentality is ingrained in our DNA, so actively supporting young businesses and entrepreneurs in incredibly important to us.

Biggest challenge
Joining Booking.com right at the very beginning of the pandemic was undoubtedly a challenge, but I was lucky to have an exceptional team who were incredibly passionate by my side. And it’s that passion that has enabled us to collectively overcome some of the challenges we are currently facing in the travel sector and it’s also in these moments that I’ve learned the most. Without challenging yourself, growth opportunities are limited. So my advice to any young professional would be to take the risks. You will be better for it in the long run, regardless of the short-term outcome. 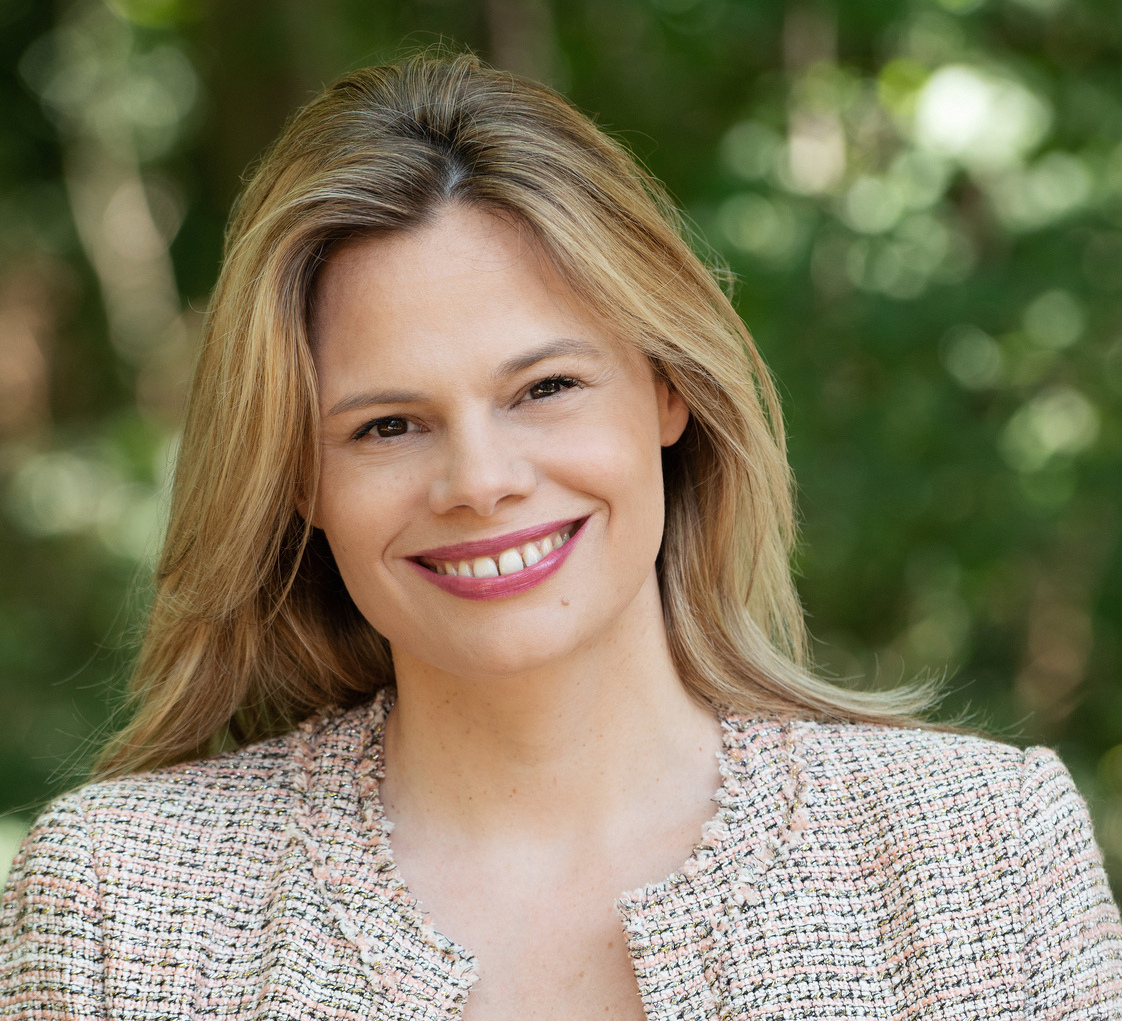 My advice to anyone who wants to be successful in France
Testing, learning and failing have been so key to the success of Booking.com, and my career personally. Not being afraid to fail is at the very heart of our culture as a company.  I don’t believe that success comes from playing it safe. We are programmed from a very young age to believe that failure is something shameful and that mistakes are to be avoided, but each failure is an opportunity for us to learn and grow and is ultimately what empowers us to continuously innovate and improve. 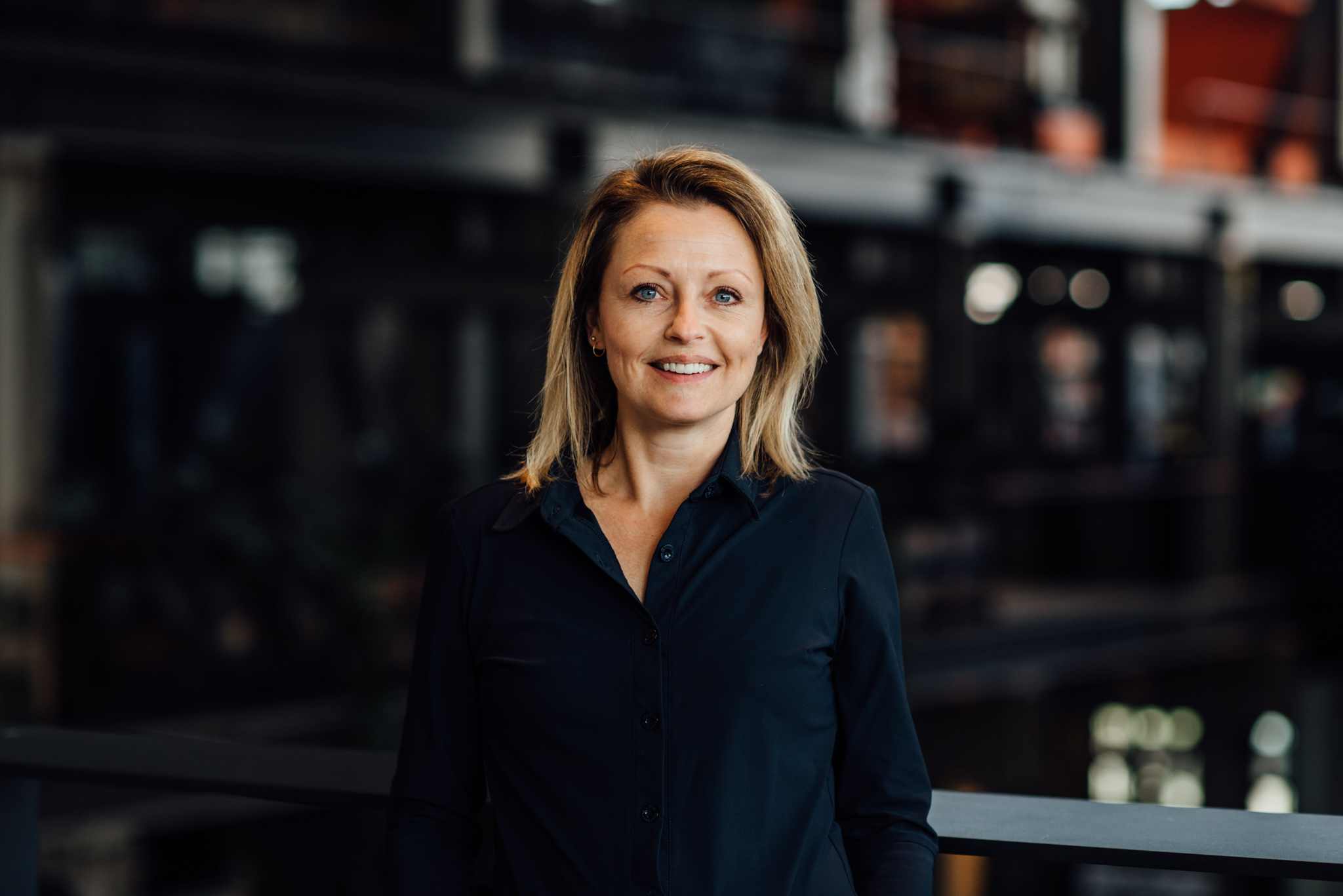 About Me
I have a sales background. And with a father in special-needs education and a mother in care for mentally and physically challenged people, I come from a social family. This is why I chose the combination of sales and people at an early age. I found this within recruitment for sales positions.

French love
A few years later I fell in love with a French guy and moved to Annecy – France. My former employer gave me the chance to set up their

French activities. It was extremely fascinating to build something beautiful from scratch. It was exciting, motivating and I learned a great deal. At that point I decided: one day I will be an entrepreneur myself.

Entrepreneurship
And that is exactly what I did. In 2018, together with my partner Koen Mathijssen, I started Oryx. At Oryx we help companies to be commercially successful across the border. We help Dutch companies find good sales people in Germany, Belgium and France. And of course vice versa. We also make sure that they, their team and their new colleague are well prepared for a good intercultural cooperation. Therefore, our business activities have a link with NLBC.

Biggest challenge
Looking back, my move to France was the biggest challenge, both entrepreneurial and personally. Many aspects were new to me. The French language, the culture, habits. As a result, I often had to rely on my intuition. And that, while up to that point I thought it was ‘so good’ to approach everything rationally.

My advice to anyone who wants to be successful in France
Be open to all the new things that come your way, be curious and try to find out why people do what they do. In addition, always trust your own feelings and intuition, even in unclear or uncertain situations. In short, try to connect with all that is French, without denying yourself.

About me
From a young age, I have been fascinated by the French culture – and particularly the Parisian lifestyle! Thanks to the Netherlands Ministry of Foreign Affairs I settled more than 25 years ago in Paris, making one of my dreams true. After some jobs in international businesses in The Netherlands, a prior assignment for the Ministry in Yaoundé (Cameroon) and just finishing another one in New York, I could not have imagined that my posting at the Economic Department of the Embassy in Paris would be the starting point of a long-lasting career dedicated to Dutch Trade & Investment Promotion in France.

It is a true pleasure and incredibly rewarding, both personally and professionally, to help Dutch entrepreneurs on the French market, promote Franco-Dutch partnerships through a variety of trade events, to meet inspiring people and to be part of a passionate team!

Working together with Netherlands Business Council France
The NLBC France is the non-profit partner of the Embassy of The Netherlands in France assisting Dutch companies in the French market. Together we are committed to work on a complementary basis in order to help Dutch entrepreneurs to be successful in France. Personally I see the NLBC as a great added value to our economic network and I am happy that the NLBC France has been created. A vibrant Franco-Dutch business hub was really missing in France!

Biggest challenge
This was the co-organisation of the economic mission around the State Visit by our King and Queen to France on 10 and 11 March 2016. This broad economic mission with 150 Dutch entrepreneurs was headed by Lilianne Ploumen, former Minister for Foreign Trade and Development Cooperation, and was dedicated to aerospace, food innovations, bio based economy, smart cities, circular economy and 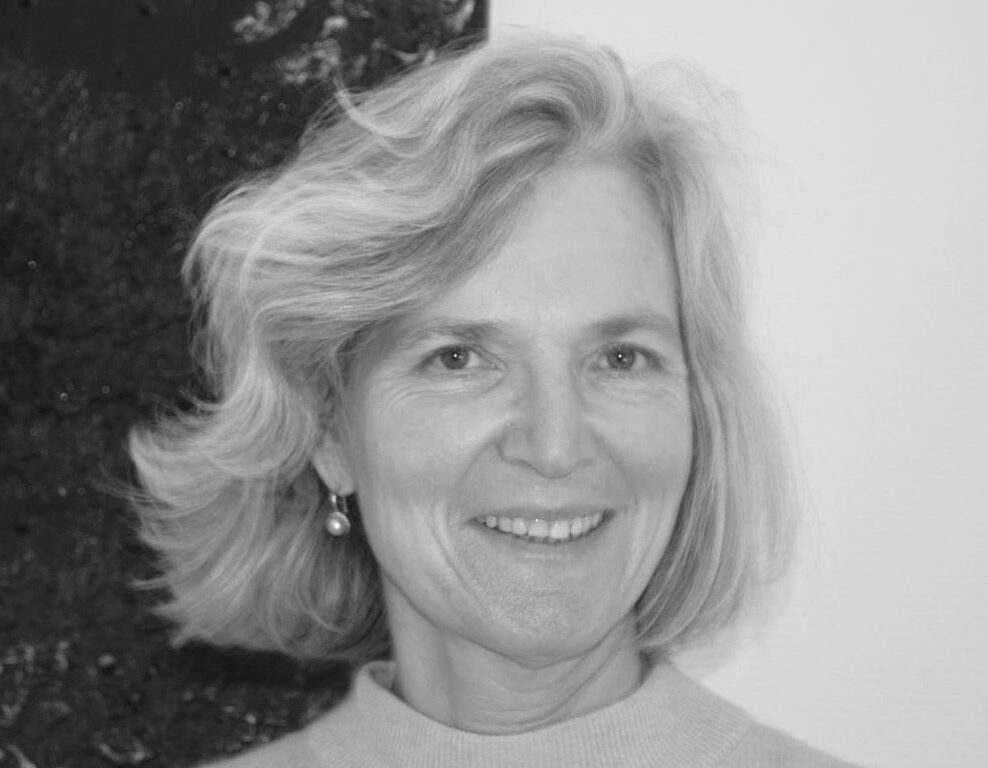 offshore wind energy. Creativity, tight project management, a one team spirit and a great deal of devotion made this very challenging mission to a great success and boosted Franco-Dutch partnerships.

Besides following your heart and your intuition, a thorough preparation is highly recommended and might help avoiding surprises along the way. 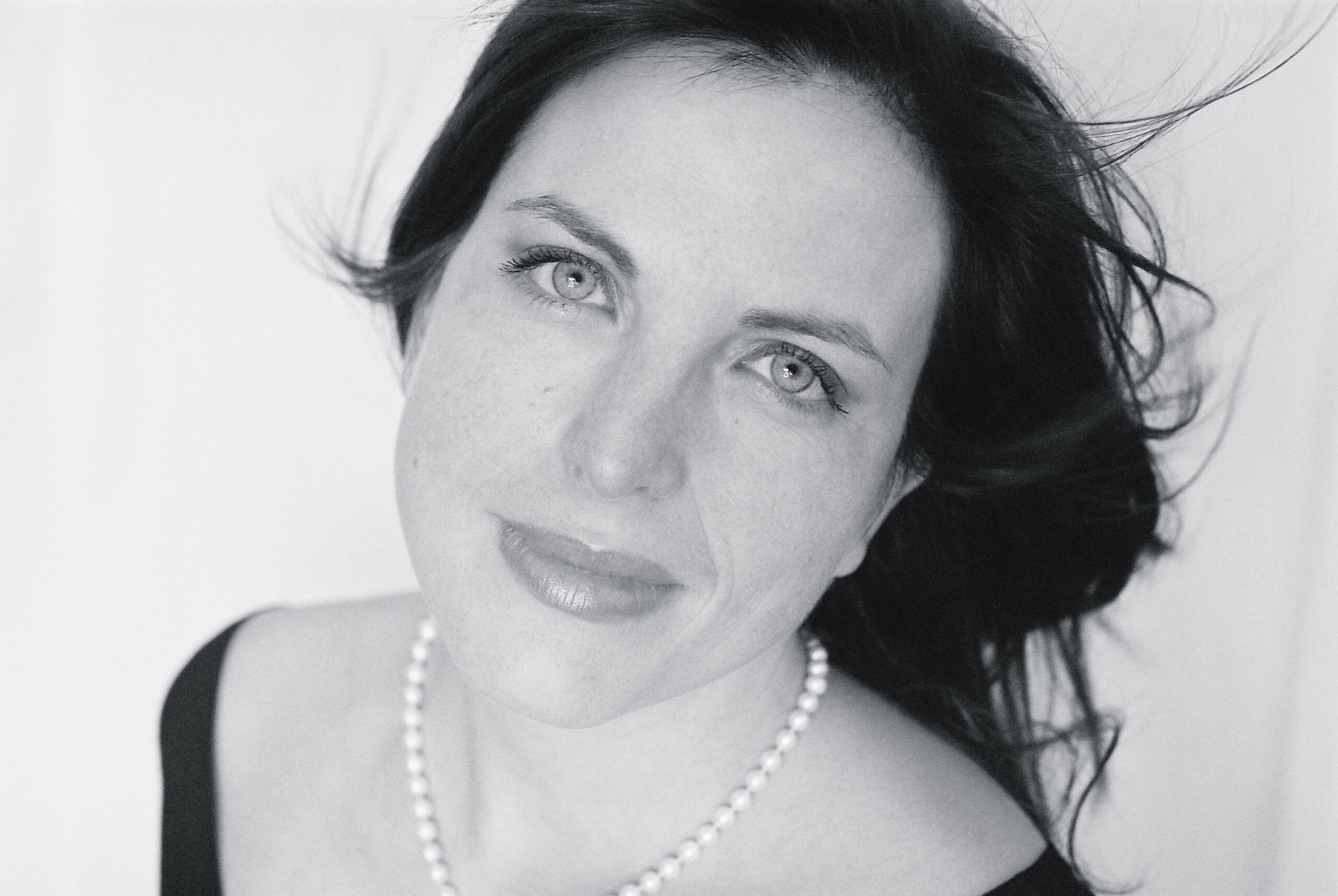 About me
I am an international lawyer with more than 15 years experience in the field of commercial and corporate law in both France and Italy, where I started my career at a prominent Italian law firm. As one of the few Dutch lawyers in France, I have extensive experience guiding foreign clients through the French legal system. Besides facilitating legal transactions and procedures, my activities involve as well assisting my clients to overcome linguistic, professional and cultural differences together with my team. In my personal life, I am passionate about my healing garden and a proud mom of three sons: I love spending time at our local soccer club!

Working together with Netherlands Business Council France
Working together with the Embassy of the Netherlands in Paris and NLinBusiness, I founded the Netherlands Business Council France and I am currently responsible for both legal and public affairs. I am part of the NLBC since day 1: I created and developed, together with my fellow board members, its strategy, community network, public and private partnerships and services. The board of the NLBC is proactive, professional and solid and we enjoy spending our time-  on a voluntarily base – together. We are very grateful that we are able to assist Dutch entrepreneurs doing business in France with this public private initiative.

Biggest challenge
Finding and keeping the balance between my career and my family life, whilst also keeping up with my personal and spiritual development and a sustainable life approach. I like seeing myself as a tree in this respect. Once deeply rooted thanks to the relationships built in the past, with family, friends and a supportive network, your trunk can support and develop the branches – all your activities – and go further, expand, enjoy and reach for the future!

My advice to anyone who wants to be successful in France
Know your stuff, especially languages because communication is always key. Besides that, you should be alert to the often patriarchal and very hierarchical influences in society abroad. Gender bias is more alive than you might think. Stay therefore true to yourself and your values. Do never deny your femininity nor copy leadership roles from men: female leaders, bringing each their own specific characteristics, traits and strengths, are essential in all organizations.