The relation between France and the Netherlands

In 2018, the export volume from the Netherlands towards France amounted to €39,1 billion and the overall annual trade volume reached €65 billion in 2019.

The Netherlands and France are also closely connected in the field of investments, particularly in the areas of transport and energy. The Netherlands are the 4th largest investor in France. The Dutch presence on the French territory is significant with over 2.400 businesses in France, accounting for more than 260.000 jobs, and with a total turnover of more than €51 billion. 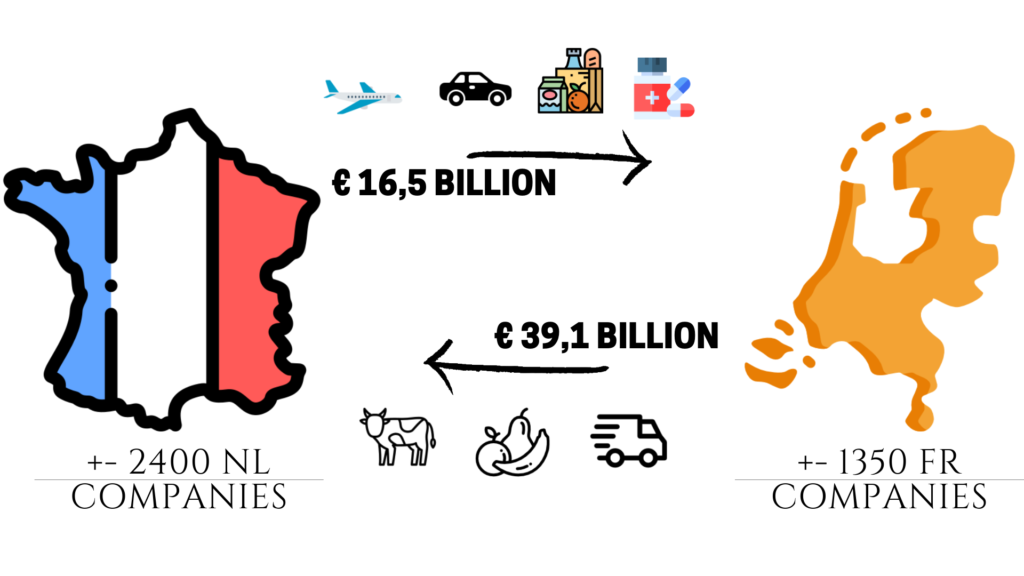 The French government has initiated a series of reforms designed to boost economic growth, stimulate investment and create and develop business activities. France positions itself actively as an open economy towards foreign investment, start-ups, scale-ups and SME’s. As a result, doing business in France has become more attractive and France has become a competitive international key business partner, located in the centre of Europe with easy access to (Northern) Africa.

In particular, innovation plays a major role in French economic policies and initiatives: the internationally recognized FrenchTech initiative, major research and development tax treatment, the quality of personnel, the proximity of French innovation clusters and the potential for research partnerships with French academia are structural advantages of the French economy.

At the end of 2019, France became the leading destination for international investment in Europe. The main sectors for foreign investment were the manufacturing sector (machinery and mechanical equipment, textiles, clothing and accessories, chemicals, plastic, automotive, naval and aerospace) and the service sector (software and IT services, wholesale and retail, consulting, engineering, transport and storage). Foreign companies with subsidiaries in France employed 2 million people in the last year, and were accountable for 31% of France’s export.
In addition to the above-mentioned sectors, the Dutch government has identified several specific attractive sectors for Dutch SME’s in France.

Through their economic network both in the Netherlands and France, they actively assist Dutch entrepreneurs seizing possible opportunities in the following markets: 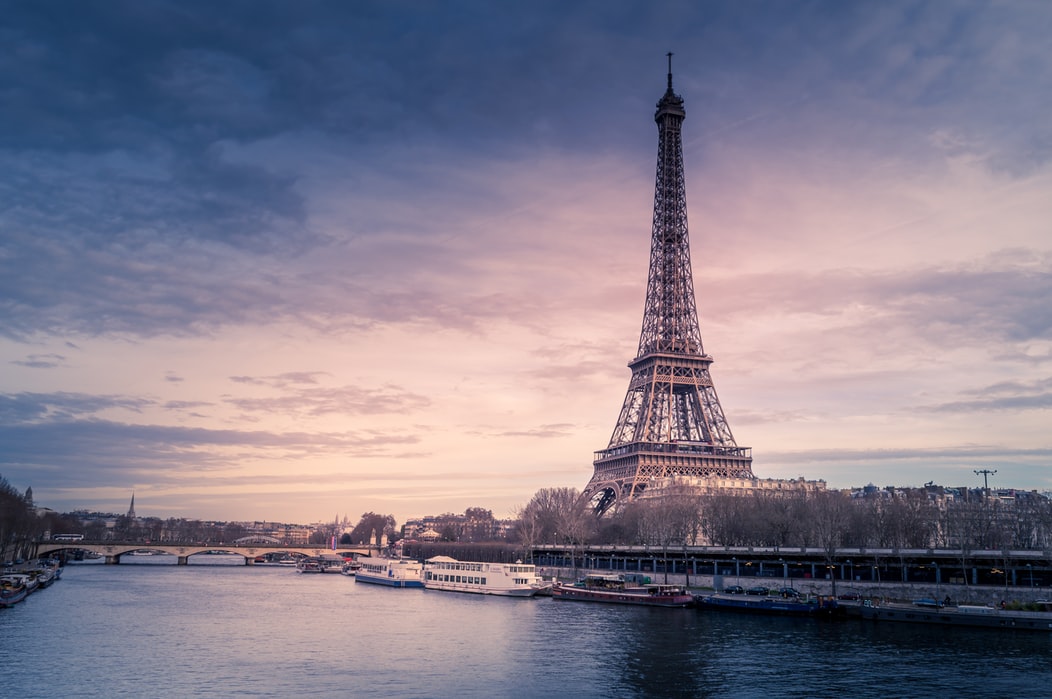 In response to the crisis, the French national and regional authorities have put into place the Economic Response Plan in order to mitigate the economic impact on businesses. Support measures are aimed at

France is in the summer of 2020 in a phase of recovery, reopening and reinvention. Managing this economic uncertain time will be a challenge for businesses, since a second wave is to be expected and the pandemic may have altered our habits. New consumer behaviour focussed on local procurement, responsible consumption and decarbonization must be taken into consideration in future business development: less is more and small is beautiful.

According to a survey conducted by EY between April 20 and 30, 2020, international business leaders were contemplating a minor or major reduction of their investment projects in France but none of them mentioned neither cancellation nor expansion.

A substantial decline in investment in the aviation, automotive, equipment, chemicals and plastics sectors could be expected, but the French government has developed several investment programs for these sectors, which are subject to sustainable and circular objectives. Other sectors, including healthcare, online entertainment and e-commerce should be less affected by the current crisis. A major trend to be envisaged could be the automation and digitalization of industrial processes, back offices and customer relations. In addition, a reconfiguration of global trade and supply chains could take place, which results in a new combination of reshoring, nearshoring and offshoring.

In general Dutch entrepreneurs are considered in France as reliable business partners. They are innovative and technically strong and have a strong sustainability image. Such strengths may contribute to doing successfully business in France, as well during and post Covid-19.